Nigerian rapper, Falz has announced that his music video for Bop Daddy has now surpassed a million views on YouTube.

The track became the most used track for challenges on the trending app, Tiktok. Released four weeks ago, Bop Daddy has now surpassed over a million views on YouTube and the rapper is ecstatic.

Falz took to his Instagram page to share his latest achievement and urged his fans to continue streaming the video. He wrote” 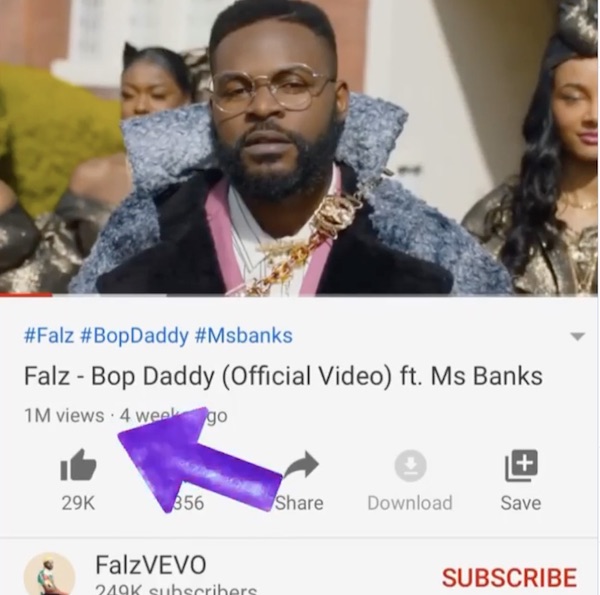 Akufo Addo Only Came In To Destroy Ghana – Sammy Gyamfi

Bawumia Will Replace Akufo-Addo As President But He Won’t Win 2024 Polls – Nigel...

Rebecca Bantie - June 8, 2020 0
A yet-to-be-identified Nigerian man has been nabbed picking out used sanitary pads in Lagos State. The man who was confronted and apprehended by security operatives...

Akuapem Poloo Comes Again With Another One In Hand – Watch Video

Kofi Anokye, PhD - March 26, 2021 0
From nowhere, Naomi Gold has become the talk of Ghana largely due to her bold action in the studios of UTV on The Red...

Audio: Only Jay Z can rap better than me – Sarkodie

Sweet Maame Adwoa - July 24, 2020 0
The truth is, reminiscing rappers who can spit real hot bars on the microphone in our part of the world – Africa – cannot...