Home Religion VIdeo: Rev OB of MOGPA gets his powers from a fetish priest...

Kennedy Agyapong of Assin Central parliamentary seat fame is not losing focus and sight on his campaign against fake pastors in Ghana.

After picking on Obinim, Badu Kobi, Pastor Love and many other men of God in Ghana on his NET2TV, Kennedy Ohene Agyapong has located the founder and general overseer of Moments of Glory Prayer Army (MOGPA), Rev Isaac Osei-Bonsu popularly known as Rev O.B.

According to Kennedy Agyapong, Rev O.B is taking advantage if his uncountable membership by selling wrist bands and handkerchiefs.

READ ALSO: See the list of pastors who have called Kennedy Agyapong to ceasefire

Kennedy Agyapong believes with no doubt that those items have no spiritual power and people are being scammed and robbed of their monies.

Kennedy further alleges that he knows some fetish priest who has secret dealings with the leader of MOGPA, Rev OB and he will stop at nothing to expose him for the whole world to see.

Video Below for more: 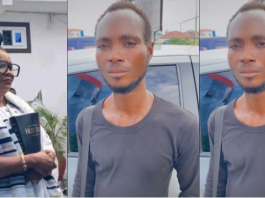 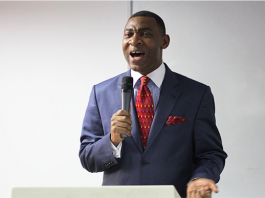