Home News Akufo-Addo Refunds GH¢237,000 Salary Increment Given Him From January to August 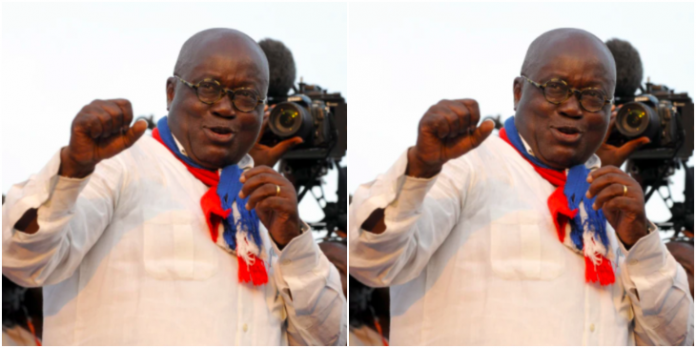 President Akufo-Addo has refunded GH¢237,000 as part of salary increment accrued from January 2021 to August 2021.

This was made known by Eugene Arhin during a press briefing.

The refunded amount forms part of a salary increment paid to the president as part of recommendations of the Prof. Yaa Ntiamoah Baidu Emoluments Committee.

“For some reason when the president received his salary accrued from January to August this year, he noticed that the directive he gave had not been enforced and so leading by example, Thursday, the 2nd of September 2021, he wrote a cheque amounting to GH¢237,000 to the Pensions and Salaries account of the Controller and Account General’s account department to reflect the decision he has taken to freeze salary increment for himself,” Eugene Arhin said.

All SIM Cards Which Are Not Re-registered By March 31, 2022 Will Be Blocked – Honourable Ursula Owusu

I stopped going to church because as a rich man, members worry me to...

Pastor Degraft Mintah - November 13, 2020 0
Kumasi-based musician, Oseikrom Sikani who has become popular in recent times is having the negative impact of what fame has brought him that he...

Rebecca Bantie - June 26, 2020 0
Top-notch investigative journalist, Anas Aremeyaw Anas has finally announced on his social media handles that there is going to be another explosive expose on...

Rebecca Bantie - April 13, 2021 0
Ranking Member on the Mines and Energy Committee of Parliament John Abdulai Jinapor says he has officially written to the Chairman of the Committee...

“Even If Kennedy Agyapong Slaps Me, I Won’t Slap Him Back” – Rev Obofour

Rebecca Bantie - June 9, 2020 0
Founder and leader of Anointed Palace Chapel, Reverend Francis Antwi, who is popularly known in the cleric circle as Reverend Obofour, has sent a...

Show Some Seriousness, We Cannot Spend 9-Months In Court – Nana B Fires Mahama’s...