Home Religion ‘Apraku My Daughter’ Narrates How He Lost All His 50 Cars And... 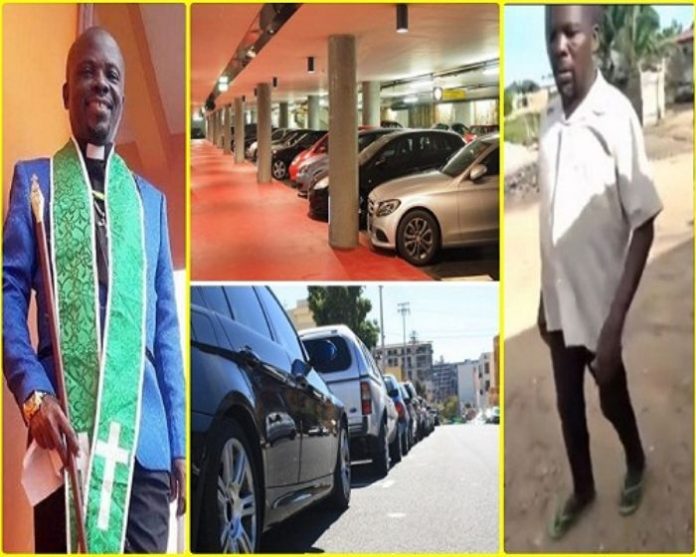 The sudden demise of Evangelist Apraku My Daughter and the way he ended is one of the most talked-about on both social media and television.

His death currently has really unearthed some hidden secrets and circumstances which are popping up day in and day out.

As reported earlier, the news spread on Wednesday, May 20, 2020, that Apraku My Daughter has gone to be with the Lord.

Apraku my Daughter was found dead inside his room when his children went to visit him and to see how he was doing.

The ‘BIG QUESTION’ is how did this great man of God and the then leading Evangelist had such a great fall and to be reduced to poverty overnight?

Apraku founded King Jesus Evangelistic Ministry International. At the pinnacle of his pastoral career, he had over 25 branch churches with some located in the United States, Switzerland, and the Netherlands. But he lost all his churches with the space of one year to his junior pastors.

In an interview in 2018, Apraku My Daughter disclosed that he took a journey abroad to spread the good news and also open branches in other countries. He spent about one year abroad working for the Lord.

Before embarking on the journey, he left the church into the hands of his associate and other junior pastors but they broke away with the congregation and made the churches their own. Hmmm, he never knew these pastors were disloyal and were just hanging around him looking for chance left.

From the look of things, illiteracy is the major cause of how Apraku my Daughter lost all his branch churches. So some of his junior pastors capitalized on his illiteracy to register the churches in their own names and therefore took over while he was away.

Apraku was very kind and gave away 50 cars and other valuable things as gifts. Even in his times of hardship, he was still giving out a lot of money his friends were giving him.

Another reason was Apraku’s involvement in politics which led him to lose many of his properties including two of his front teeth due to severe beatings he received from soldiers as a result of the year 2000 election predictions.

Watch the full interview below,

The BBC Ghana Staff - June 30, 2020 0
Akuapem Poloo is trending all over social media after releasing a racy photo to celebrate the birthday of her 7year-old son. In the photo, Rosemond...

Rebecca Bantie - February 18, 2021 0
Some petitioners who want Electoral Commission (EC) Chair Jean Adukwei Mensa removed from office, have said they will begin to picket indefinitely at the...

The BBC Ghana Staff - November 7, 2020 0
John Dramani Mahama has told President Akufo-Addo to pay monies owed contractors who built the toilets his government has been commissioning ahead of the...

Rebecca Bantie - October 7, 2020 0
The Editor-In-Chief of the New Crusading Guide newspaper, Abdul Malik Kweku Baako has commended the move by the government to pay the loan owed...

Rebecca Bantie - April 8, 2021 0
The majority leader, Osei Kyei-Mensah-Bonsu says the opposition National Democratic Congress (NDC) is on a course to create confusion in the ruling government. According to...