49year-old Rita Dominic, a Nollywood actress, is celebrating today as she exchanges a vow with Fidelis Anosike, a publisher, whom she has known since they were children.

It was with great excitement that the bride released images of herself as she sparkled in her traditional garb for the wedding ceremony that is now taking place in her hometown of Imo State.

The actress published photographs and videos of her outfits on her Instagram account, which she shared with her followers.

The actress’s fellow Nollywood stars like Ini Edo, Chioma Akpotha, Uche Jombo, Nse Ikpe-Etim, and others, had already come to Imo state to join her in celebrating with her. 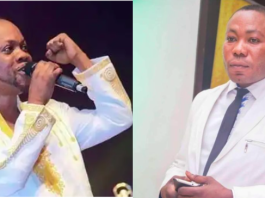