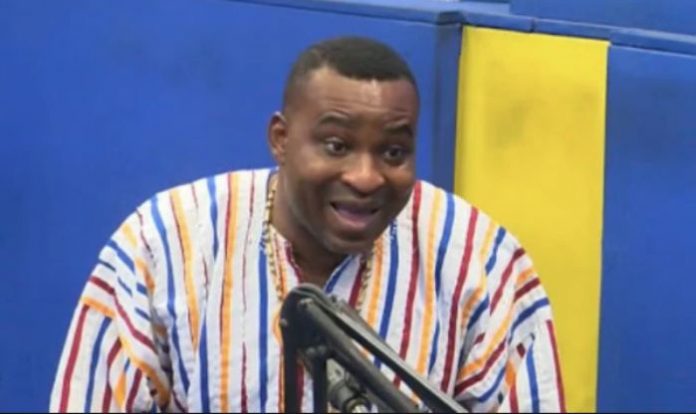 The rate at which the Executive influences decisions on other arms of government in spite of the preconceived idea of separation of powers is becoming too alarming in Ghana off late.

Not long ago, the loudmouthed legislator of Assin Central goofed with statement on a High court judge. The nature at which the case being handled affirms the preconceived idea that the government is trying to shield him.

Kevin Taylor, yesterday on his ‘with all due respect’ show did any editorial on how the Chief Justice is shielding Chairman Wontumi after he was cited for contempt for defying court orders to allow the parliamentary primaries to go on in the Subin Constituency.

We can recall that prior to the NPP’s parliamentary primaries, an injunction was placed on Subin constituency after the incumbent MP filed a motion in court.

Chairman Wontumi openly flouted the court orders which led to him being cited for contempt.

Kevin Taylor alleged on his show that, the Chief Justice realising the magnitude of Wontumi’s case has come to his aid by reshuffling some staff of Kumasi High court in order to protect the vociferous chairman from going to jail.

Akufo Ado is only good at cutting sods – John Mahama

Video: “No Sensible Young Ghanaian Will Follow NPP” – A Plus

Check Out All You Need To Know About NDC’s Flagbearer, John Dramani Mahama, His Wife, Children and More

“If Dubai Was Run By Foolish Governments, Would It Be Where It Is For You To Take Your Girlfriends There” – A Plus Fires...

Rebecca Bantie - June 20, 2020 0
Ghanaian actor Prince David Osei, has revealed that lovemaking in the night is more enjoyable as it is free of distractions. Speaking on GHOne TV’s...

The BBC Ghana Staff - May 6, 2020 0
The alleged divorce of Gospel musician Joyce Blessing and husband, Dave Joy could be the latest celebrity divorce in town. Reports have been rife that...

The BBC Ghana Staff - August 28, 2020 0
US President Donald Trump has warned his Democratic challenger Joe Biden will "demolish" the American dream if he wins the White House in November. Speaking...

Video: Bishop Bernard Nyarko Once Told Me God Was Punishing Him – Ola Michael...

Rebecca Bantie - May 3, 2020 0
Kumawood actor Bishop Bernard Nyarko died yesterday,2nd May 2020 after battling with illness for some time. And as a result, acts like Yaw Dabo,...

Every Woman Is Born With This Talent – Check The Photos Out

Rebecca Bantie - May 2, 2020 0
Away from politics and COVID-19 matter. Every woman is born with this Talent clap for them. Check them out: Source: TheBBCghana.Com