Despite the public ridicule, she’s been subjected to, following Abena Korkor’s exposé on her husband, actress Victoria Lebene is still bent on protecting her marriage to blogger Eugene Osafo-Nkansah.

The couple recently marked their 2nd wedding anniversary and celebrated each other on social media with heartwarming messages that proved they had settled their marital issues amicably.

In a new post on Instagram, Victoria pledged her unflinching support for her husband and revealed how she stood up for him and saved him.

“Are you longing for a soul search? Are you feeling lost and need your spirit to be awakened? God uses me and reveals through me, Contact me for a turn over! My husband ??Saved by grace?,” she wrote.

Before concluding, she invoked God’s wrath on persons who would “comment anyhow” under the post specially directed to her husband.

“God’s wrath will deal with you if you comment anyhow under this post?I will block you but God will strike you! Mark it?”

Meanwhile, Lebene, who has been silent since the issue started, has taken to social media to share a post which thought to be a subtle response to Abena Korkor. 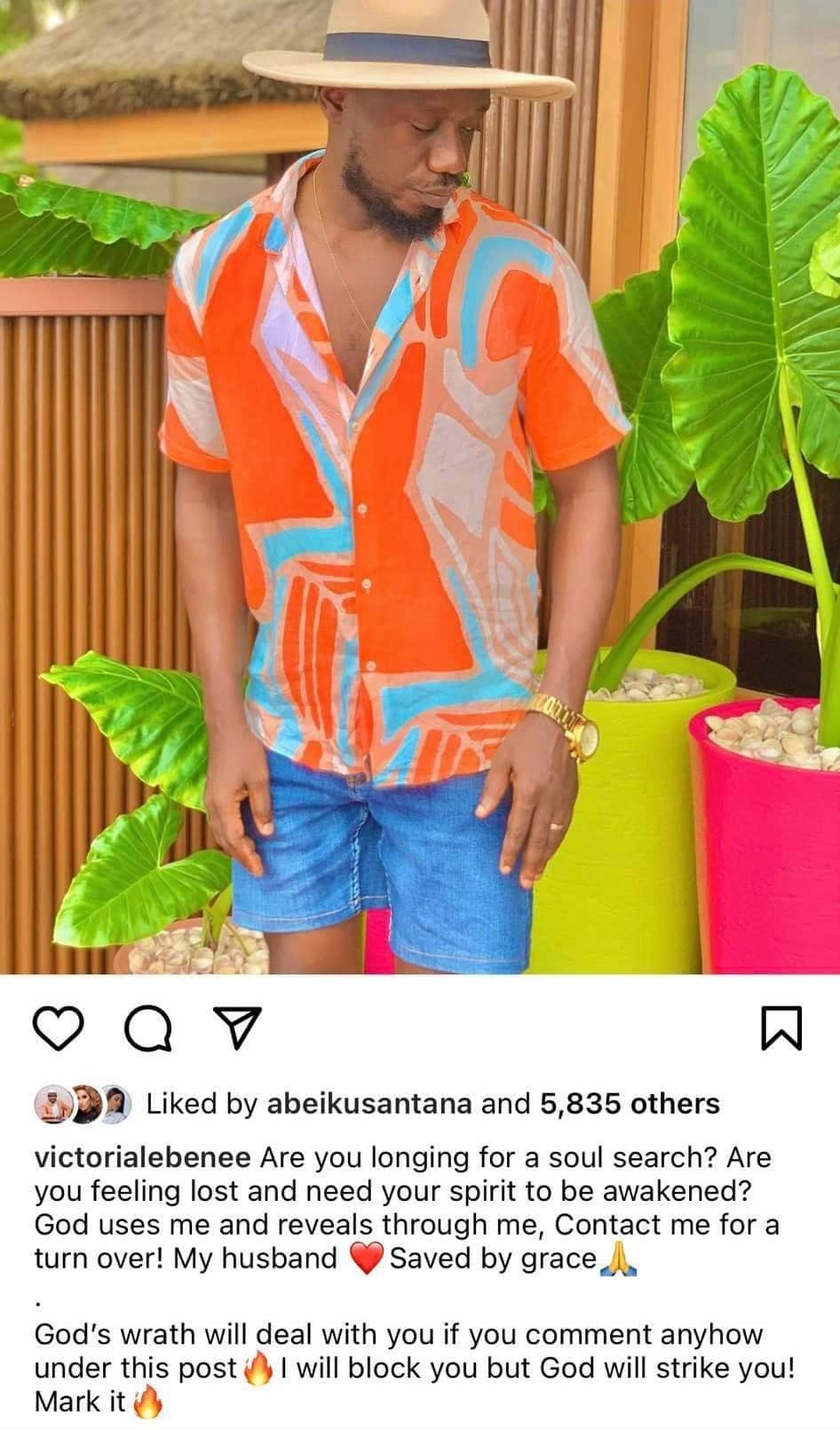 Video: Man from Wiamoase caught in an attempt to use 8yr-old girl for money rituals

I have over 11 years of experience in smoking – Prophet Kumchacha

Kofi Anokye, PhD - July 28, 2022 0
Prophet Kumchacha is a well-known clergyman in Ghana, and he just revealed some information about his private life. When he visited the studios of the...

Rebecca Bantie - November 12, 2020 0
Popular Ghanaian pastor, Prophet Nhyiraba who is known for the gift of prophecy has again revealed another word given to him by God through...

Bawumiah Will Forever He Be Hailed In Our Country’s History As The Best Vice...