Home Entertainment ‘I slept with a d0g and ate the to!let for in Dubai...

In an anonymous Facebook post, a Ghanaian lady describes what she went through while in the custody of an Arab guy after being transported to Dubai by a woman she met on the social networking platform.

In the words of the woman who was addressing one Aunty Ama, she met a lady on Facebook who had previously been to Dubai to purchase clothing, perfumes, and other items to resell in Ghana.

Following their first conversation, the Ghanaian woman claimed to have developed a friendly connection with the lady, at which time the lady revealed what she truly travels to Dubai for.

She expressed her interest in going and doing the same things as the woman who was acquiring fortune after hearing it, and she expressed a desire to go there as soon as possible.

Upon arrival in Dubai, she claimed that the woman had paid for her ticket and that the situation was much different from what she had been informed on Facebook by the lady.

It was said that the woman abandoned her to an Arab guy who mistreated her to the core, allowing her to lick her anus and eat from his toilet, among other things.

See also  “If Dubai Was Run By Foolish Governments, Would It Be Where It Is For You To Take Your Girlfriends There” – A Plus Fires Gov’t Again

A large dog was also brought out to sleep with her, according to her, which made things worse.

Read her post below to get her full gist. 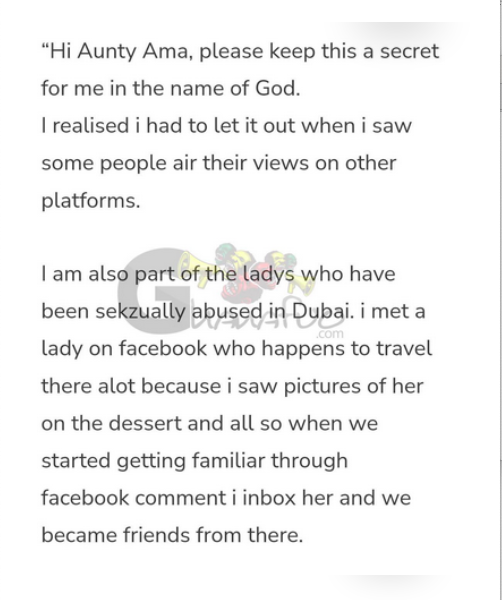 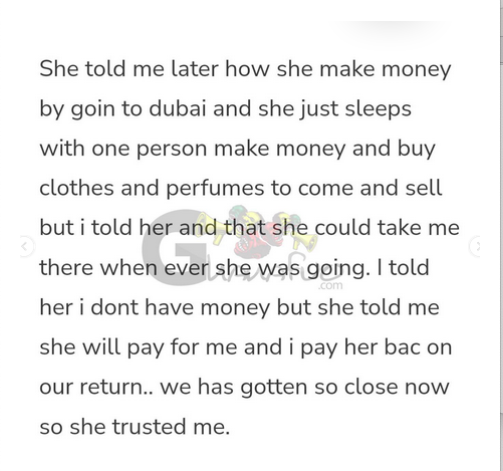 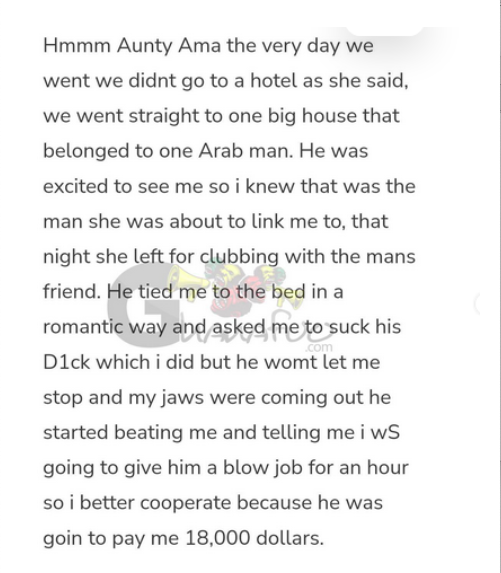 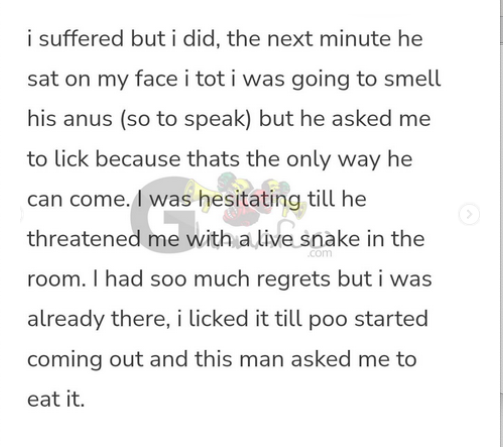 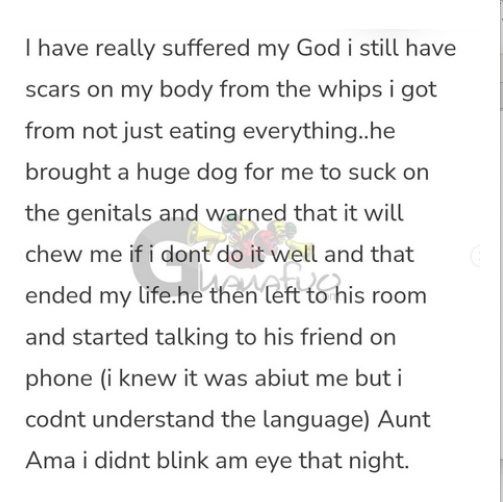 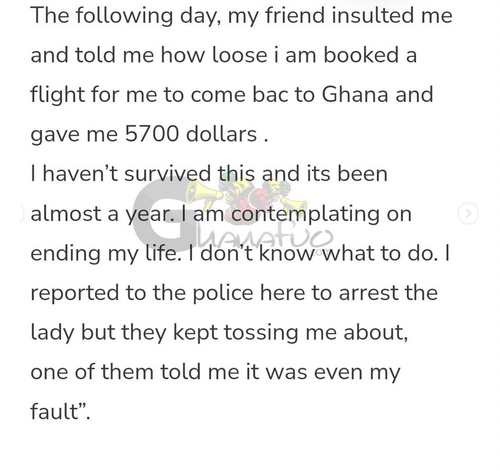 Kofi Anokye, PhD - December 15, 2021 0
Prof. Kwasi Opoku Amankwa, the Director-General of GES, witnessed the distribution of Laptops to teachers at O’Reilly Senior High School in Accra on Monday. In...

Rebecca Bantie - September 1, 2020 0
The 90-year-old man, Paul Kingsley Asamoah will be honoured by the people of his community for inventing the Wooden Spatula popularly known as ‘’banku...

“Ghosts and skeletons are chasing me, pray for me”- Kumawood actor cries out after...

Kofi Anokye, PhD - May 28, 2022 0
Kumawood actor Samuel Nkrumah is having sleepless nights after choosing to mark his birthday in a cemetery. The actor shocked Ghanaians after photos from his...

NDC Is Capable Of Killing Me; Probably My Blood Can Win Them Election 2024...

Rebecca Bantie - April 7, 2021 0
The former Central Regional Chairman of the National Democratic Congress (NDC), Allotey Jacobs has insisted that the party is capable of taking his life...

Kofi Anokye, PhD - May 4, 2021 0
As it stands, one won’t be far from right to envisage that rapper Flowking Stone will hang the microphone taking into consideration how he...