Lawyers for former President John Mahama have reported the Bono Regional Chairman of the New Patriotic Party (NPP) to the Criminal Investigations Department of the police for alleging that the flagbearer had hired hitmen to kill some members of the governing party.

But Mr Mahama through his lawyer has denied the allegations.

“His Excellency John Dramani Mahama has firmly instructed me to say that the allegations are, of course, false: and for the avoidance of doubt, would like to state that neither the NDC nor he has planned to hire, hired or cause to be hired, or instructed any persons or persons to murder or assassinate anybody.

“Abronye DC is a prominent member of the ruling NPP, and while his false, outrageous and inflammatory accusations are clearly politically motivated, they are also likely to expose my client and members of the NDC to attacks from Abronye DC’s political party sympathizers,” Mr Lithur added in his letter to the police.

He wants investigations conducted into Abronye DC’s false allegations and their publication. 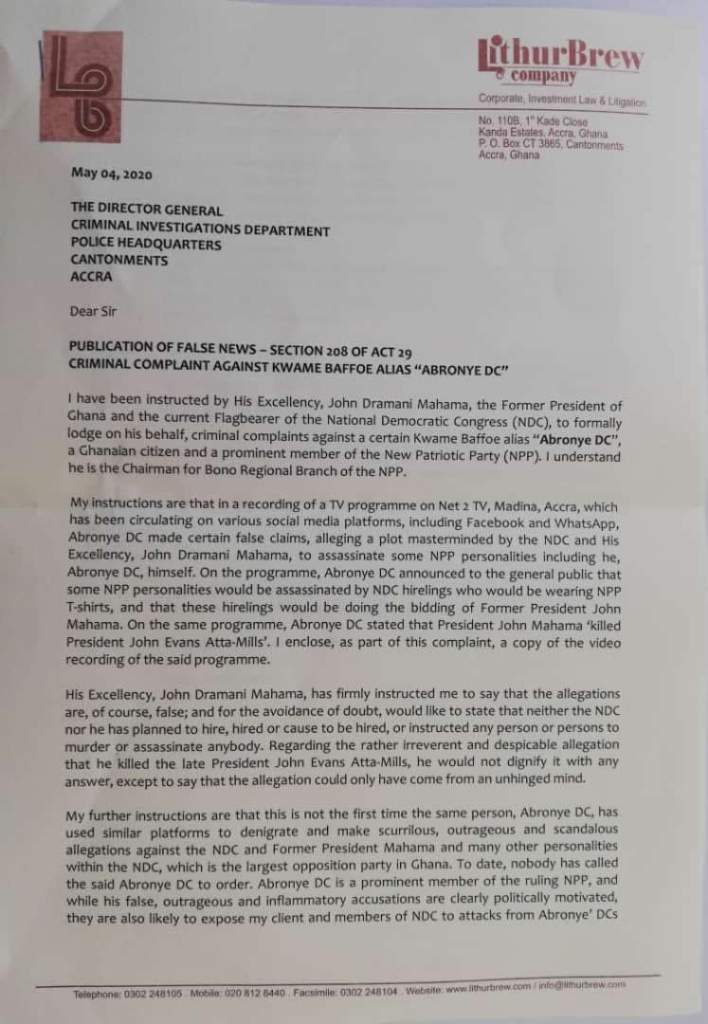 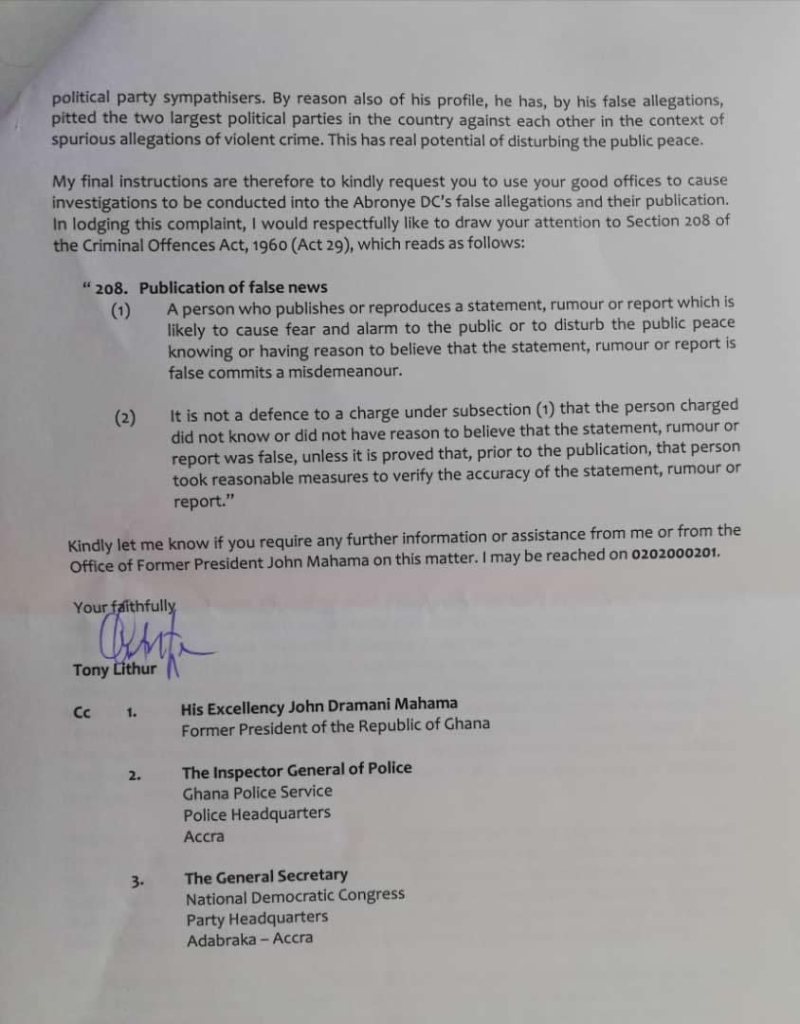 ‘NDC went to IMF because of mismanagement; we’re going because of a pandemic’ – Afenyo Markin

Kofi Anokye, PhD - August 31, 2020 0
President Nana Addo has addressed the nation for the 16th time on measures taken to combat the spread of COVID-19. In new updates on the...

One Week Commemorations Of Late Kwadwo Wiafe Goes On – Check Out Photos And...

Ghanaians Converge at Poland Border As They Run From Ukraine (Video)

Rebecca Bantie - February 27, 2022 0
A video showing a few Ukrainians alongside foreigners including Ghanaians converging at the Poland border on Saturday evening, February 26, as they run for...

“Stop insulting me with your 2 cedis data and unbrushed teeth” – Umaru Sanda...

Kofi Anokye, PhD - January 24, 2021 0
Citi FM journalist Umaru Sanda Amadu has fired shots at his critics by describing them as people who with their 2 cedis bundle ad...

Kofi Anokye, PhD - January 18, 2022 0
The Asantehene Otumfuo Osei Tutu II has claimed that he will not use force to compel anyone to kneel to him. During the first Council...