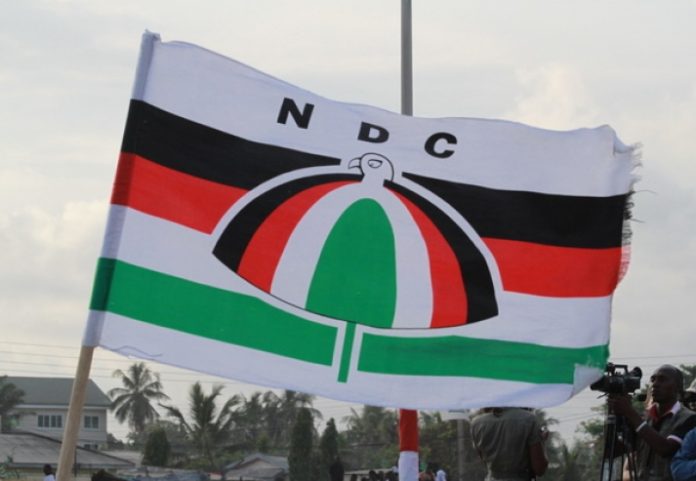 The National Democratic Congress (NDC) chairman of Techiman South constituency in the Bono East region has furiously locked up the party’s office over suspension.

This was after some executive committee members petitioned the NDC Regional Disciplinary Committee that the conduct of their chairman is contrary to ensuring unity and cohesion of the party in the constituency.

The committee however acted on the petition and wrote a suspension letter to the chairman to stay away from the NDC for 6 months.

“The Regional Functional Executive Committee (RFEC) at a meeting of May 19, 2022 has resolved to consider the recommendation of the Disciplinary Committee which indicates that you have breached Article 47 (a) and (c) of the party’s constitution.

See also  If We Were Able to Pass ‘Talk Tax’, E-levy Won’t Fail Either – Ursula

“Pursuant to Article 48 (8) (a) (b) and (c) of the Constitution of the National Democratic Congress, you have been suspended from the party for a period of six months effective May 20, 2022.”

However, Alhaji Nuhu Salu has despised the order and locked up the party’s office.

At a press briefing, he stated that, the NDC’s office belongs to him so he has locked it. No party executive can suspend him. He remains chairman of the NDC in Techiman South constituency.

“The office belongs to me, I’ve locked it. Whoever thinks he’s a man like me should come and open it. I’m still the chairman,” Nuhu boldly stated at the presser.

The Techiman South NDC constituency executives on the other hand have expressed worries over Nuhu Salu’s comments. They’ve however called on the party’s national executive to call him to order.

My duty is to support the government in power, not the opposition party – Presby Moderator

“Akufo Addo’s gov’t can only boast of Free SHS, nothing else” – Nana Romeo

Kofi Anokye, PhD - May 6, 2022 0
Tonto Dikeh, a Nollywood actress, has created quite a stir on social media with a unique and revealing prank that she played for the...

Rebecca Bantie - September 8, 2020 0
Flag-bearer John Dramani Mahama of the National Democratic Congress (NDC) has said if he is voted into power in the December presidential elections, his...

The BBC Ghana Staff - August 25, 2020 0
Dr Yakubu Akparibo, an aviation expert, has said the planned construction of an airport in the Central Region of Ghana, which found its way...

Bishop Obinim Reveals What God Told Him About The 90-Year-Old Woman Who Was Killed...

Rebecca Bantie - July 28, 2020 0
The founder of International Gods Way Church, Bishop Daniel Kwadwo Obinim has finally spoken of the unfortunate demise of the 90-year-old woman who was...