A video popped up recently which saw one Sally Manns, a female entertainment pundit on Power 97.9fm slamming Nana Ama McBrown over her high sense of fashion and changing dresses intermittently while on hosting duties at UTV.

The hungry pundit amongst other things said the show, United Showbiz is a programme to discuss entertainment-related issues and not a red carpet where one must display her dress.

She ultimately asked the actress and TV host to get serious and inject professionalism into the show other than deliberately drawing attention to herself all the time.

Consequently, Nana Ama McBrown subtly responded to the rants of Sally Manns.  According to Nana Ama McBrown who is the host of UTV’s United Showbiz, she can’t dress shabbily as a showbiz person with huge endorsement deals from reputable brands including fashion brands.

See also  SAD: Ama McBrown Goes For Another Surgery In Germany To Fix Her Hand

Therefore, judging by the current state of affairs, it does not seem like Nana Ama McBrown would ever put a stop to the sporadic changes of attire that take place whenever United Showbiz is broadcast live on Saturdays inside the UTV studios.

Fast forward, Sally Manns has clapped back again saying she has accepted in good faith that United Showbiz has become a fashion show. However, she slammed McBrown that she lacks program hosting skills. 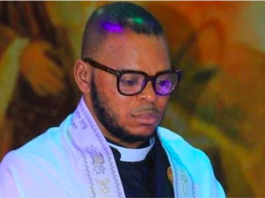