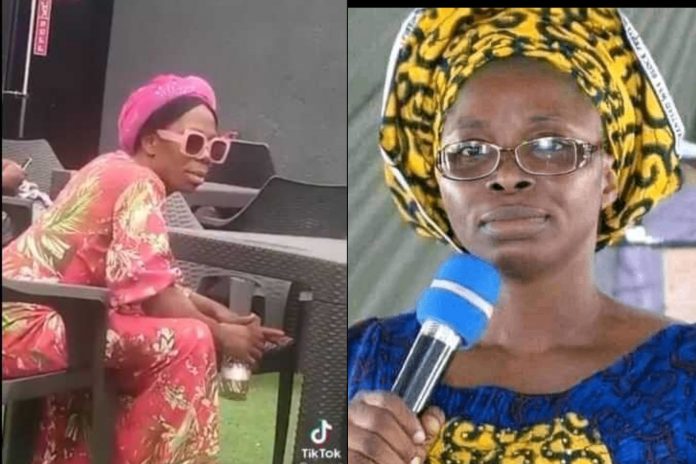 Mummy G.O, also known as Fummilayo Adebayo, a popular Nigerian female evangelist, was spotted at a joint drinking beer with a man.

The evangelist was seen in the video taking a sip from a drink that appeared to be beer while conversing with a man who was also seated beside her at the table.

This video has since sparked widespread outrage online, as many Christians believe that seeing evangelists in that situation is ungodly.

Mummy G.O has gained popularity in recent years as a result of her controversial preaching and teaching in her church, where she practically condemns things that are commonly used in society, claiming that those who use them will go to hell.

Rebecca Bantie - April 12, 2022 0
Identical triplet sisters from Kenya have revealed that they are now dating the same man after falling in love with him, Newspremises reports. Speaking in...

Rebecca Bantie - December 17, 2020 0
NDC supporters have massed up at the Electoral Commission office in Ridge and are protesting amidst burning of tyres demanding that the EC review...

Ghanaian Nurse Mistakenly Shares ‘Free Show’ Video Of Herself Meant For Her Boyfriend In...

Rebecca Bantie - May 31, 2020 0
A young Ghanaian nurse known as Ellen Asare has reportedly released a very raunchy video of herself meant for her boyfriend in a school...