Home Election 2020 I Will Reject Any Offer To Be Mahama’s Running Mate – Mahama... 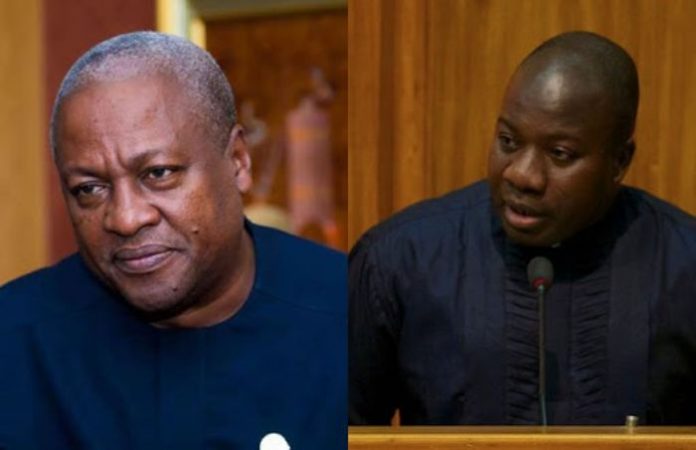 Member of Parliament (MP) for Bawku Central Mahama Ayariga has stated emphatically that he will reject any offer from the camp of former President Mahama to be his running mate for the upcoming 2020 elections.

According to the honourable minister, it will be very dangerous for two northerners to join forces as flagbearer and running mate in an election. He explained that most people have the opinion that if a flagbearer comes from the Northern part, then the running mate must come from the southern part to create a balance.

He added that he will turn down the offer because he doesn’t want his senior brother to lose the election hence his decision.

“I will because I will see him clearly losing the election with me as his running mate so if I really love him and want him to win and he comes nominating me and I’m hundred percent convinced that people won’t accept the idea that I and my elder brother will all be Presidential candidate and running mate, I will have to advise him that this is a crazy idea he shouldn’t even attempt it,” he told the host on Joy news.

Mahama Ayariga emphasized that an ideal candidate for John Mahama as a running mate should be someone who can influence the voting pattern in some regions and also have a deeper understanding of finance and economic management.

My husband is maltreating my son because his dxck is bigger than his- Woman...

Kofi Anokye, PhD - January 15, 2022 0
- Advertisement - A woman has told popular online counsellor and relationsip expert, Auntie Momoza  that there’s tension between her husband and their son...

Terminate laptop contract with KA Technologies and refund all monies to teachers – GNAT...

Pay me the agreed money or I spill the beans -Mzbel dares ‘Mr. President’...

Kofi Anokye, PhD - January 19, 2022 0
Musician Mzbel has asked one “Mr President” to stop punishing her because of the “Papano” issue. According to her, the supposed “Mr President” owes...

Kennedy Agyapong In Hot Water As US Congressman Fingers Him In Ahmed Suale’s Murder...