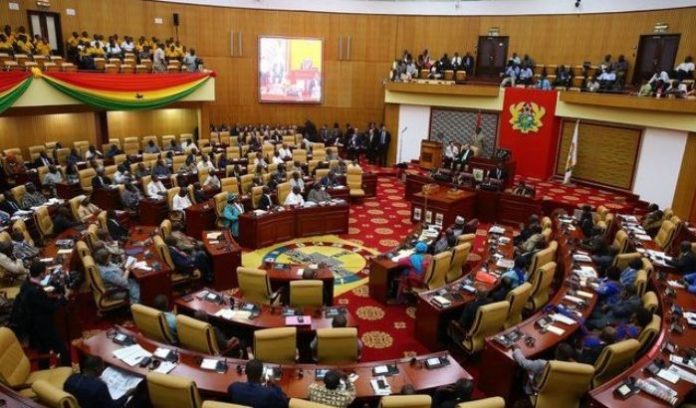 Member of Parliament for Tamale Central, Murtala Mohammed has slammed the New Patriotic Party (NPP) caucus for reporting to Parliament as early as 3am just to occupy the majority side of the house.

According to him, it is irresponsible for the MPs who have babies and kids to leave home as early as 2am just to occupy a certain side of Parliament.

“What I saw in the chamber was embarrassing. They were here by 3 AM and I’m surprised. Journalists reported that it was 4 AM but one of the staff here told me they came at 3 AM. Some of them were here 3 AM which means they left home at 2 AM which is very irresponsible,” he told Angel FM.

“Some of them I know they have kids. They left them at home and by 2 AM they had left home. The kids will wake up and be asking of their whereabouts. How embarrassing is that? Just because they want to come and sit here. Parliament doesn’t work at 3 AM so it’s very irresponsible,” he added.

Fire On The Mountain: “Don’t Bring Your Arrogance And Disrespect To My Territory” – Muntaka Warns Sammy Gyamfi

I Did Not Campaign For Akufo Addo – Allotey Jacobs Clarifies

Only Bawumia can win the 2024 elections for NPP – Allotey Jacobs

Hot Video: Mahama Sent Killers From Tamale To Come After Me – Chairman Wontumi

Rebecca Bantie - November 10, 2020 0
In Ghana, there are well-to-do men of God in the country who have flaunted their wealth in so many ways. Most of these men...

Kofi Anokye, PhD - June 3, 2020 0
Boxer Floyd Mayweather is willing to foot the funeral bills of George Floyd who was lost his life over racism. According to a tweet by...

I Just Came From Heaven and God Told Me To Tell John Mahama This...

Rebecca Bantie - September 3, 2020 0
The activities of the Western Togoland Secessionists seem to boil up as they mount signboard to indicate that one is entering or leaving their...

‘You Need To Be Baptized Again’- Cecilia Marfo ‘Spits’ At Diana Asamoah – Watch...

Kofi Anokye, PhD - April 25, 2020 0
Gospel artiste, Cecilia Marfo has called out fellow musician Evangelist Diana Asamoah for criticizing her in a previous interview. Some weeks ago, Diana Asamoah in...