Home Politics Mahama’s Lawyer Hot In Court For Failing To Obey The Orders Of... 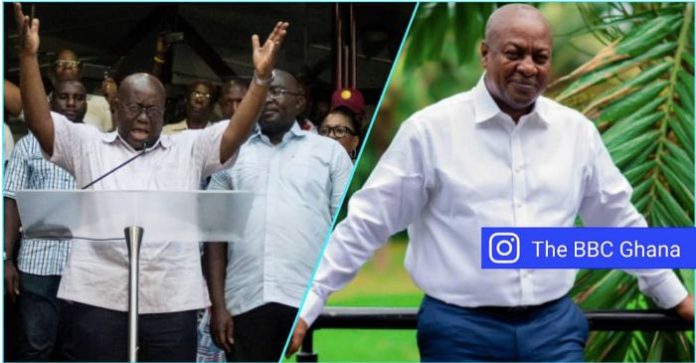 Tony Lithur, a lawyer for the petitioner in the 2020 Election Petition, John Dramani Mahama has come under severe fire this morning at the Supreme Court following his team’s failure to comply with the order of the Apex Court.

The legal team for John Mahama failed to comply with an order of the Supreme Court which instructed them to file witness statements pending the hearing of the substantive petition.

READ  NDC Is Capable Of Killing Me; Probably My Blood Can Win Them Election 2024 – Allotey Jacobs

According to Mr Lithur, their failure to comply with the order of the Court is because of their review of the court’s earlier decision on their interrogatories.

However, a visibly enthused seven-member panel would have none of the excuses.

After minutes of back and forth between the bench and Mr Lithur, the court has suspended sitting briefly to consider the issues.

Hot Video: ‘Akufo Addo is a FAILURE, he has nothing better to offer Ghana’ – #FixTheCountry protestors

Today Be Today: NDC Embarks On Their Massive ‘March For Justice’ Demonstration Today

Nobody Can Dare Punish Ayine For Speaking His Mind – Sammy Gyamfi

Momo Operators Are Being Shot Everyday And You Claim Ghana Is Peaceful? – Kwesi Pratt Rubbishes Report

Kofi Anokye, PhD - July 26, 2020 0
Songstress Mzbel has taken the internet by storm as she flaunts pictures of her in her beautiful mansion. Reading from her caption one can clearly...

Rebecca Bantie - October 25, 2020 0
Counsellor Charlotte Oduro has warned young girls who chase people’s husbands. The term slay queen has been identified and defined in Ghana as a young...

An Accra ‘Slay Queen’ Brought Me To My Knees After She Broke My Heart...

Rebecca Bantie - September 2, 2020 0
Firebrand politician, Honourable Kennedy Ohene Agyapong has revealed what made him fell on his knees and it was a lady. According to him, a Ga...

Last Video of Policeman Killed In Bullion Van Enjoying At Restaurant With His Girlfriend...

Kofi Anokye, PhD - June 16, 2021 0
A video believed to be the last of the late police officer Constable General Emmanuel Osei who was killed by armed robbers who attacked...

Kofi Anokye, PhD - February 3, 2021 0
Lead counsel for the petitioner in the Election Petition case, Lawyer Tsatsu Tsikata says a witness on their side, relevant to the proceedings in...