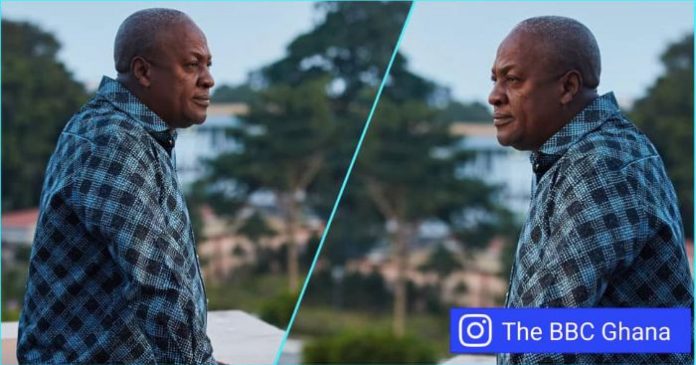 Lawyers of the first respondent, Electoral Commission (EC), and the second respondent, Nana Addo Dankwa Akufo-Addo, in the Election 2020 petition filed by the defeated presidential candidate of the opposition National Democratic Congress (NDC), John Dramani Mahama, have filed their witness statements as directed by the seven-member Supreme Court Panel during its sitting on Wednesday, the 20th of January 2021.

READ  John Mahama Is A Disgrace; The NDC Must Move On Without Him – NDC’S Dela Coffie Exposes 'Opana'

I Did Not Campaign For Akufo Addo – Allotey Jacobs Clarifies

Only Bawumia can win the 2024 elections for NPP – Allotey Jacobs

Hot Video: Mahama Sent Killers From Tamale To Come After Me – Chairman Wontumi

Jean Mensa is a ‘confidence trickster’, I’ve never had respect for her – Sammy Gyamfi

Kofi Anokye, PhD - September 23, 2020 0
The house of the flagbearer of the Ghana Union Movement (GUM), Christian Kwabena Andrews, also known as Osofo Kyiriabosom, has come under the attack...

The BBC Ghana Staff - September 3, 2020 0
Saudi Arabia, one of the wealthiest countries on earth, is keeping hundreds if not thousands of African migrants locked in heinous conditions reminiscent of...

I’ve suffered from two divorces because of my job at Adom Fm – Nana...

Pastor Degraft Mintah - May 28, 2020 0
Former Adom TV presenter and co-host of Badwam Morning, Nana Yaa Brefo gas disclosed that she has been divorced twice in her marriage. According to...

“I Am Getting Older But I Don’t Have A Girlfriend” – Boxer, Anthony Joshua...

Rebecca Bantie - May 30, 2020 0
Nigerian born British boxer, Anthony Joshua has finally opened up on his struggles in getting himself a life partner. During an exclusive interview with The...

Last video of Rawlings on his hospital bed pops up – WATCH

Rebecca Bantie - November 12, 2020 0
A video has dropped on social media that captures the last moment of former President Jerry John Rawlings on his hospital bed. In the video,...