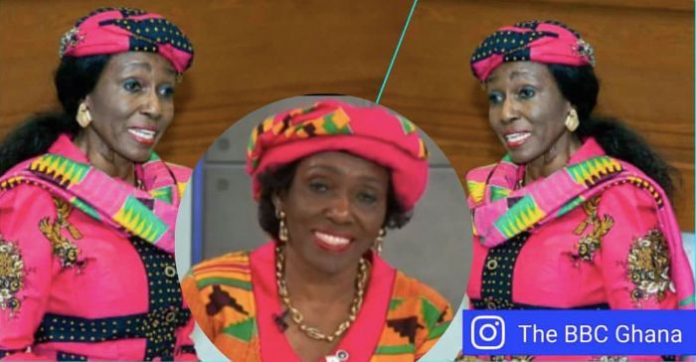 Former Parliamentary Aspirant for Ningo-Prampram on the ticket of the opposition National Democratic Congress (NDC), Kobby Mensah has alleged that wife of ex president Jerry John Rawlings, Nana Konadu Agyemang was the reason Rawlings failed to campaign for the NDC and John Mahama.

Speaking on Okay FM’s ‘Ade Akye Abia’ Morning Show, Kobby Mensah claimed Rawlings was unhappy in his own home and for the fact that he could not campaign for his own party.

Konadu had fostered a good relationship with President Akufo-Addo making it seem Nana Addo loved Rawlings more than the NDC, he claimed.

“The man was not happy at all for not campaigning for John Mahama and the NDC. He wanted to campaign but he was prevented by his wife . . . you know the mystery in marriage . . . Rawlings was facing a lot of problems with his wife because he loved the NDC and those who are closed to the man know this fact,” he asserted.

Video: Kennedy Agyapong Run Away From His House At 4:30am After Bragging That He Is Not Afraid of Anyone

I Don’t Want To See Him Again: He Betrayed Me Big Time – Chairman Wontumi Weeps On Live TV

Irresponsible, Embarrassing NPP MPs Left Their Kids At Home As Early As 2am Just To Occupy The Majority Side

You Can Go To Hell: You Can’t Force Him To Give You Ministerial Appointment – Abronye Fires NDC MPs

Never in my life will I venture into politics – Okyeame Kwame

Pastor Degraft Mintah - June 30, 2020 0
Okyeame Kwame has candidly revealed to Amansan Krakye on GBC Radio Central that his fear of delegates and his attitude make him detest vying...

Kofi Anokye, PhD - August 21, 2020 0
The next National Democratic Congress (NDC) government will restore the quality of education in the country, Professor Naana Jane Opoku-Agyemang, has said. According to the...

Chelsea could test their newly signed players against Brighton