Home Entertainment SAD: Barima Sidney Has Only One House After 25yrs Of Doing Rap... 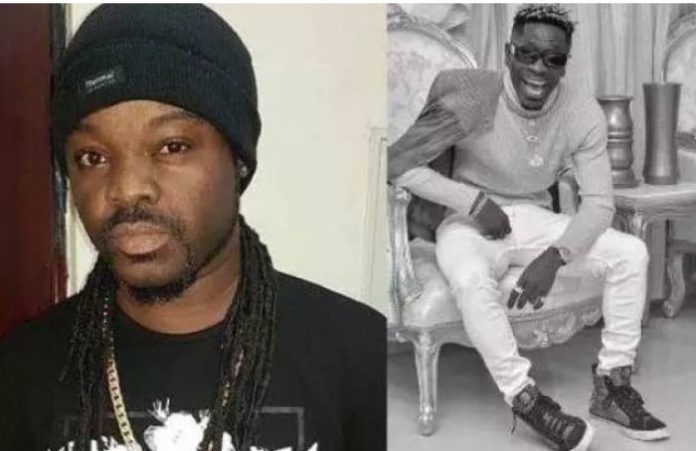 Reggie Rockstone recently descended heavily on Shatta Wale when he suggested that the rap game has not helped anyone in the country.

Reggie went on to mention several names of prominent musicians who are supposedly enjoying the benefits of the genre including Shatta himself but recent revelations from veteran hiplife artists have shown the contrary.

Granted many have enjoyed the fame that comes with being a hiplife artist but the monetary compensation from their craft is non-existent.

Famous hiplife artiste Barima Sidney in a recent interview with Zion Felix admitted to owning just a single house even though he has been in the hiplife game for over two decades.

Sidney who started as part of a group called Nananom but later went solo is a musician one would assume should be bathing in money considering his longevity and the number of hit songs released.

Unfortunately, he has a single house to show for his efforts even though he has been active in the music industry for several decades.

Shatta’s insistence that Sarkodie is broke and live a fake life might be laughable to most but it seems other rappers and hiplife artists might be struggling not excluding Barima Sidney.

Rapper Asem was recently mocked by Sarkodie for leaving the country to seek greener pastures abroad even though he had a prominent career in the hiplife scene.

Historically, Ex-Doe, Slim Buster all the way to Nana Kwame admitted to going abroad and working in a club and doing other menial jobs to provide for their families as doing music in Ghana only cometh with fame comparatively to money, theBBCghana.com reports.

Truth be told, one might struggle to point out 10 rappers who became rich from music. Maybe Fameye’s track “Nothing I Get” is the best description for the rappers and hiplife artists in the country.

Watch the interview below for more:

Funny Face has been cursed by his ex-wife and will go mad soon –...

Kofi Anokye, PhD - February 20, 2021 0
A prophetess identified as Mama Sarah has disclosed the genesis and real cause of comedian Funny Face’s current woes. Funny Face was recently arrested for...

My Mum Gave Me Money To Buy Condoms When She Saw Me Chasing Girls...

Rebecca Bantie - June 11, 2020 0
CEO of Lynx Entertainment, Richie Mensah, has shared that his mum used to give him money for condoms when he started dating.  The popular songwriter,...

Rebecca Bantie - June 20, 2020 0
Ghanaian actor Prince David Osei, has revealed that lovemaking in the night is more enjoyable as it is free of distractions. Speaking on GHOne TV’s...

Rebecca Bantie - September 3, 2020 0
General Secretary of the opposition National Democratic Congress (NDC), Johnson Asiedu Nketia has described the voters registration exercise for the year 2020 ahead of...

Rebecca Bantie - June 15, 2020 0
Ghanaian music for that matter the highlife music genre has lost a great personality in the shape of Nana Tuffour as reports indicate that...