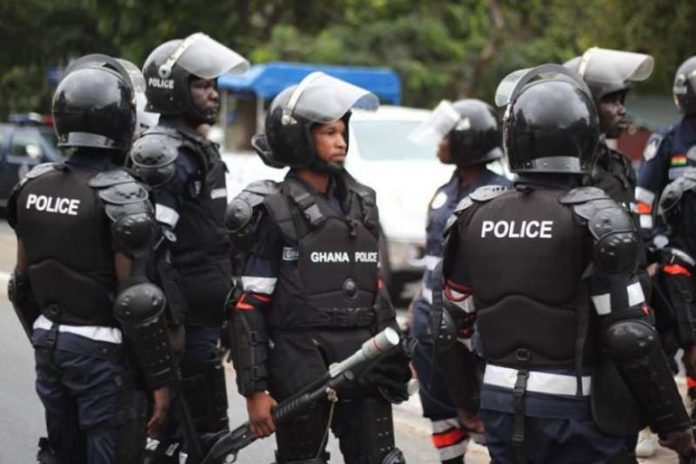 Tension is mounting at Dedeso- Wireko, a VRA Resettlement Community in Fanteakwa North District in Eastern Region following an attempt by the regent of Akyem Begoro Traditional Area Nana Bosompem Ayirepe II to celebrate Akwasidae on the disputed community.

Few days ago, the acting Chief sent painters to the community under armed police guard to renovate the palace in preparation for the Akwasidae despite seething agitation by the residents.

However, information gathered by Starr News indicates that residents of Dedeso-Wireko who are predominantly Krobos are threatening to stop the traditional council from performing the Akwasidae on the disputed land.

Some women and children have already deserted the Community to seek refuge .

Dedeso-Wireko is a VRA resettlement community on 8,700.24KM land acquired by government in 1969 through Executive Instrument (EI.54).

The protracted land dispute has resulted in many bloody clashes in the past.

However the 15th accused person Bullet is still at large.

Prosecuting Officer Chief Inspector Owusu Ababio said ,On June 26,2021 at about 9:0am ,the regent of Begoro traditional area mobilized a group of thugs numbering about 20 from Begoro ,Apaa and Nsawam communities armed them with his personal pump action gun and cutlasses ,hired a Nissan Mini truck with registration number GW 1551-21 and two motorbike and delegated one Nana Barffuor Bimpong to take them onto the disputed land at Perteifoo junction in Dedeso-Wireko.

The Chief asked the armed men to take the lead as he went to Dedeso Police station to request more police officers.

The group upon reaching Ashaiman Kope a village near Dedeso, they met three krobo residents on motorbike which they identified the rider as one of the people claiming ownership of the disputed land during their previous visit hence jumped off the truck and started beating them.

The krobo inhabitants on hearing the incident mobilized and armed themselves with guns and cutlasses and rushed to the scene to fight the thugs.

They outnumbered the thugs, brutalized and inflicted multiple cutlass wounds on two of the thugs namely Godfred Blewusi ,29, and Stephen Tetteh,28.The rioting residents drove two Hyundai mini Trucks to block the road and subsequently set fire into it.

They also allegedly ransacked a room belonging to Abu Madam a farm worker for the regent of Begoro and allegedly stole ghc15,000

The judge adjourned the case to February 7,2022 and advised prosecution to build a proper case stating that the current charge sheet does not support the facts neither does it indict the accused persons.

Meanwhile the docket has been forwarded to the Attorney General’s department for advise.

9 acres of Achimota Forest owned by a minister – Captain Smart

Cedi Depreciation Pushes Ghana’s Debt To Over GH¢390 Bn In April; 78% Of GDP

E-Levy Charges Are Too Much – John Dumelo

I Will Not Be Silent On This: It Is Becoming Too Much – Kennedy...

Rebecca Bantie - December 3, 2020 0
The race is on as the forthcoming 2020 Presidential and Parliamentary elections is just around the corner as Ghanaians can't just wait to exercise...

LEGEND: Man shares photos of all the ladies he has slept with (+ Photos

Kofi Anokye, PhD - May 4, 2022 0
An African man has caused a stir on the internet by posting pictures of all the women he has ever slept with on the...