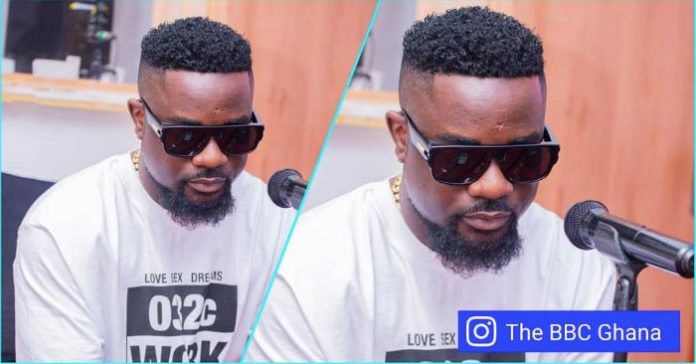 In a post, Hon. Haruna Iddrisu has said Sarkodie’s career is currently at a standstill and can receive any amount of money to endorse a political party, however, the endorsement message shouldn’t be misleading.

In setting the records straight, Haruna Iddrisu pointed out that, it is John Mahama’s administration which ended dumsor. He argued that, there’s an evidence to this fact and that the data cannot be hampered with some low bars musical lyrics.

Sarkodie or any other musician whose career is at moribundity can receive any amount of money to endorse a political party. However, the endorsement message should not be punctuated with naked lies or embellish with sickly untruths. It is an incontrovertible fact that His Excellency President John Dramani Mahama solved dumsor. And there is an overwhelming evidence to this fact potentiated with data. Data cannot be hobbled with some low bars musical lyrics.

Pastor Degraft Mintah - May 13, 2020 0
IT expert, social commentator and a staunch member of NDC, Yayra Koku has revealed his sleeplessness on social media because of Ghana’s incumbent president. The...

Busted: Actress Nayas visits the shrine for juju to charm her husband (+ Video

Okyeame Kwame Offers Caroline Sampson A Juicy Job After Being Sacked By Yfm –...

Kofi Anokye, PhD - May 9, 2020 0
High life musician Okyeame Kwame has reached out to former radio host of Yfm Caroline Sampson after she was sacked by YFm following the...

Kofi Anokye, PhD - August 5, 2020 0
Zylofon artist Tisha has been the talk of the town after claiming she’s the Queen of Music in Ghana and then forcefully dethroning Wendy...

Rebecca Bantie - May 21, 2020 0
Confirmed coronavirus cases have risen to 6,269 from as 173 new cases are recorded according to the Ghana Health Service (GHS). The increase, per the...