Home Election 2020 Check The List Of NPP MPs Who Are Likely To Lose Their...

As the forthcoming 2020 general elections get closer, the ruling New Patriotic Party (NPP) also gets its parliamentarians set as the battle for the parliamentary seat surges as the party has released the list of candidates contesting the 2020 primaries in constituencies where the party has sitting Members of Parliament (MPs). 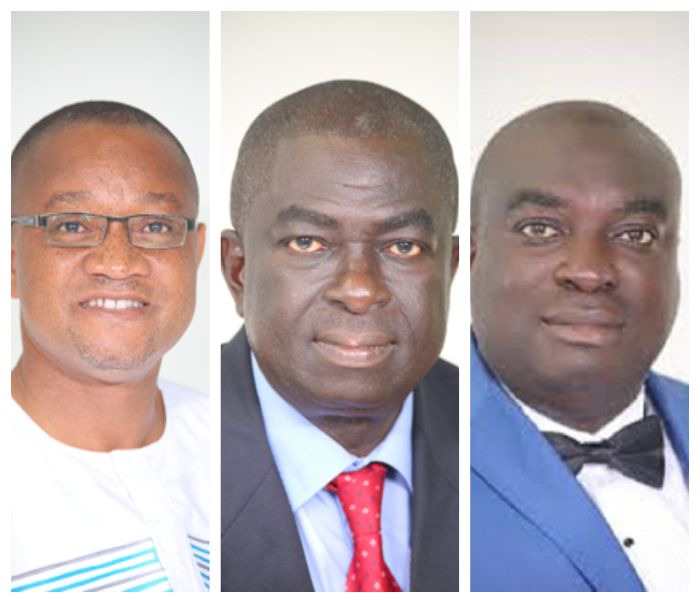 The party’s 2020 primaries which is slated for Saturday, June 20, 2020, will be held in 168 constituencies as 375 aspirants will contest in only 101 constituencies, while 65 candidates will go unopposed and with constituencies like Kwadaso in the Ashanti Region, Gushegu in the Northern Region and Dormaa Central in the Bono Region been suspended from the primaries due to certain developments that seem not to be good to write home about.

One may wonder why such heated elections may hit underway as the novel coronavirus pandemic has called for social distancing and per the president’s directives, there shouldn’t be a gathering that will have numbers exceeding 100.

The General Secretary of the party, John Boadu in response to such numerous concerns like mine has this to say in that regard at a press conference on the day of the release of candidates:

“Accordingly, the party, while making sure there are not more than 100 people congregated at a voting center, will also be making available alcohol-based hand sanitizers at each polling center for delegates to sanitize their hands before participating in the polls,”

After The BBC Ghana long watch and research into some developments that have shown up in a number of these constituencies tells me that, the primaries that are just around the corner will witness a massive shock as some sitting MPs will not witness the floor of parliament again come January 2021 since they will receive a shocking revelation in their political voyage. 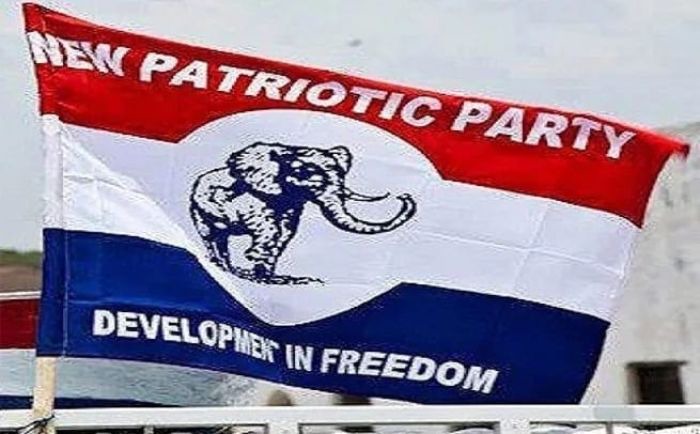 The list I have gathered is geared on concrete research and it is devoid of partisan interest or affiliation to anyone who might be a contestant.

And now, the list gathered by theBBCghana.Com goes on: 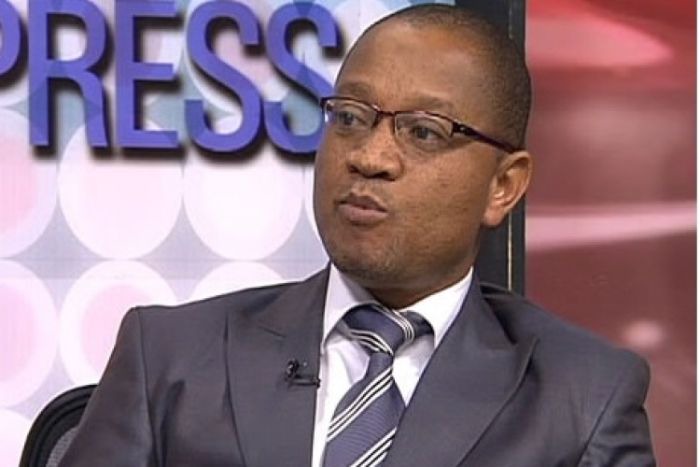 Ben Abdallah Banda is a Ghanaian lawyer by profession, a politician, and member of the Seventh Parliament of the Fourth Republic of Ghana representing the Offinso South Constituency in the Ashanti Region on the ticket of the New Patriotic Party (NPP). In the 2016 general election in the country, my encounter with this great personality melted my pride and gave me a reason why successful people hold the flag of success.

Sincerely speaking Hon Ben Abdallah Banda is one respectable personality that I have ever met in the political discourse of the country and this does not hold me not right to the task to share this painful exit that looms.

In Offinso College of Education, Offinso-Ashanti at the time, together with TESCON executives of the notable citadel, we were invited by the MP for the area who is in the person of Hon Ben Abdallah Banda in the heat of the 2016 Primaries. With an encounter with the lawmaker, my prayer and support were for him to be retained despite the aggressive agitations of the party members together with some citizenry to see the exit of their MP who according to them was not responsive and only comes to the constituency every four years thus neglecting them entirely.

It saddens my heart to announce that, Hon Ben Abdallah Banda was recently forced out of a meeting with his party members in the constituency for reasons best known to them. The bitter part is the greater populace of Offinso South has shared their displeasure with the MP and has no interest in voting for their MP again even if the party gives him the nod.

According to TheBBCghana.Com polls Dr Desmond Chris Appiah is the man who is likely to take over after the NPP primaries as he stands favourite among the three contestants which are Isaac Yaw Opoku, Desmond Chris Appiah and the incumbent; Ben Abdallah Banda, in that order of the ballot slot in Offinso South constituency of the Ashanti Region.

Prof Joseph Albert Quarm is a Ghanaian politician, building consultant, CEO of Prof Quarms Publications, and member of the Seventh Parliament of the Fourth Republic of Ghana representing the Manso-Nkwanta Constituency in the Ashanti Region on the ticket of the New Patriotic Party (NPP). 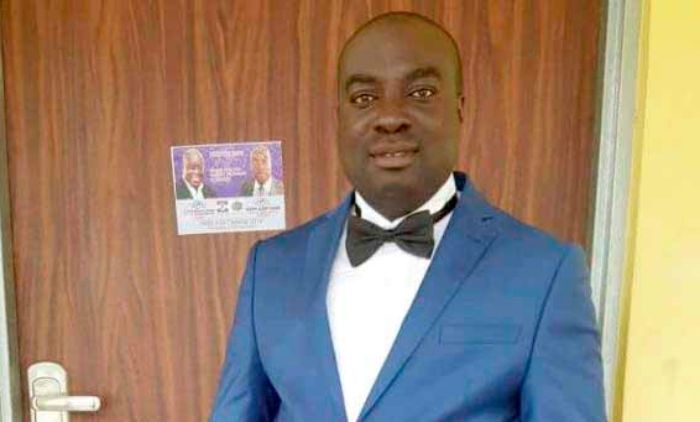 To express his love for sports and the game, Prof Quarm ventured into the area as he owns Prof Quarm Football Club, which is based in Kumasi.

In the 2016 general elections, Prof Quarm was grace with victory after securing 32,140 votes out of the to total number of votes in the parliamentary seat elections constituting 83.26% of the valid votes cast.

The good people of Manso-Nkwamta Constituency which makes up of Manso and Nkwanta and its neighboring environs in their Member of Parliament. The people are angry in the sense that they have not had a feel of their MP after the 2016 general elections, and he has delivered up to his promise as gathered by theBBCghana.Com.

After defeating Mrs Grace Addo and coming in with hopes of a better life at the constituency, Prof Quarm has highly disappointed his people as the unemployment margin turns to increase. This according to my check calls for many opponents to stands as a contest for the seat as it remains one of the very few seats with the greatest number of contestants. The five contestants on the Manso Nkwanta ballot sheet includes Emmanuel Oppong Boakye, Quarm Joseph Albert, George Obeng, Owusus Mensah, and the former MP Mrs Grace Addo in that order.

Mrs Grace Addo is likely to see a comeback.

Hon Kwabena Owusu Aduomi is a Ghanaian politician and a Member of Parliament of Ghana. He is a member of the New Patriotic Party (NPP) and the deputy minister for Roads and Highways in Ghana and remains the incumbent Member of parliament for the Ejisu Constituency in the Ashanti region of Ghana. 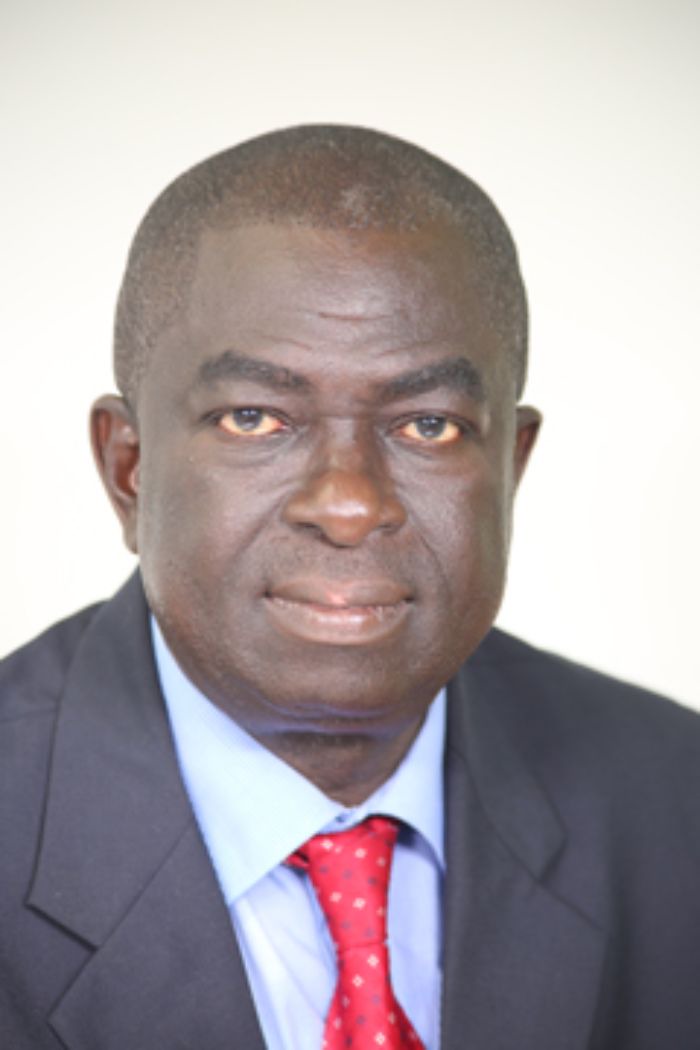 In the 2020 general elections, Mr Owusu-Aduomi emerged as the winner despite his 5th, 6th, and 7th appearance in parliament.

With the current demonstration in the Ejisu constituency all pointing to the displeasure of the party officials following their relentlessness to vote their incumbent MP off, their grievance followed the decision of the vetting committee to have aided the incumbent by suspending his greater competitor. The constituency is currently at a halt as attempts to see the incumbent MP go unopposed is at the displeasure of the party members and executives. 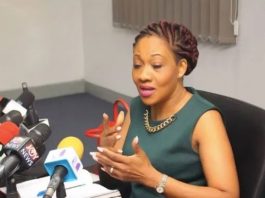 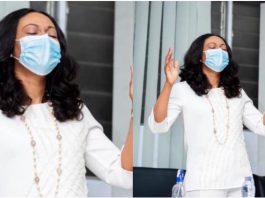 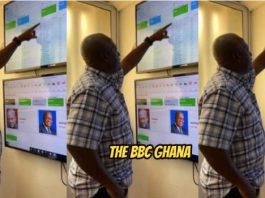 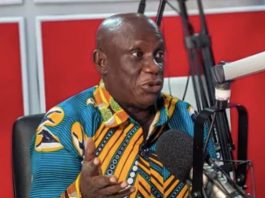 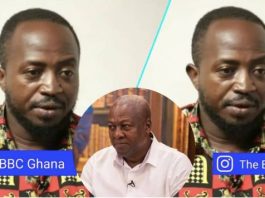 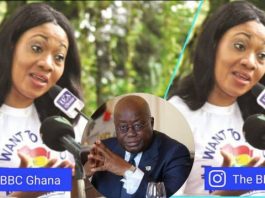 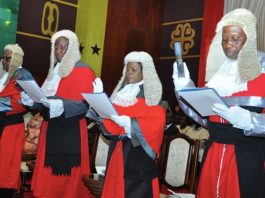 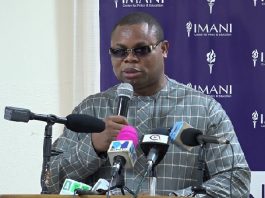 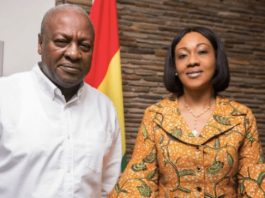