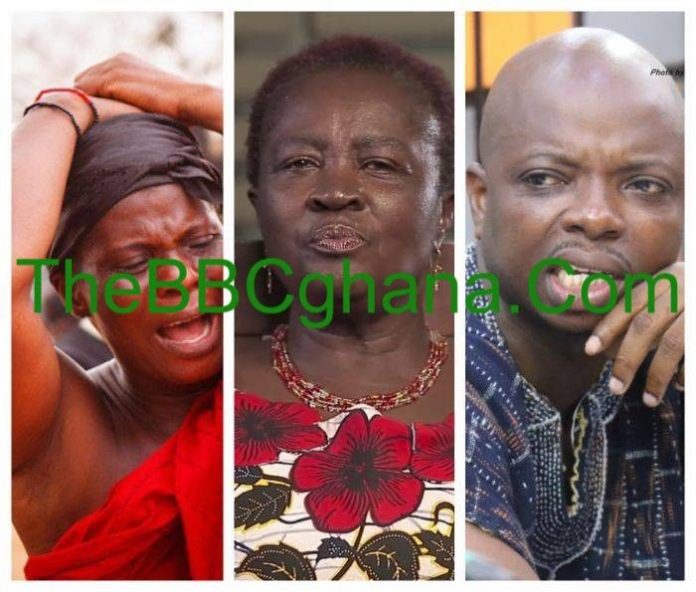 Bono Regional Chairman of the ruling New Patriotic Party (NPP) who is in the person of Kwame Baffoe Abronye popularly known as Abronye DC has slapped Professor Jane Naana Opoku Agyemang in the face.

Abronye DC as affectionately called has always been in the news for all the controversial stuff as he keeps on engaging in controversy over controversy with both the Presidential and Vice Presidential candidate of the opposition; National Democratic Congress (NDC).

Speaking on Wontumi Television this morning, Abronye DC revealed that the New Patriotic Party (NPP) is not afraid of the campaign the NDC is running.

He said s with his reasons been that Professor Jane Naana Opoku Agyemang is in her menopausal stage and can’t be more vibrant and effective as Vice President Bawumia.

READ  "I Swear, I Will Kill Myself If NPP Lose December Election" – Obiri Boahen Insists

Jane Naana Opoku Agyemang has been on the run as her campaign tour has seen massive crowd.

All this according to Abronye DC is artificial as he claims it lack genuine message and energetic presentation.

Murdered Mfantseman MP To Be Buried On Saturday – FULL GIST

Video: “Save Akufo Addo’s life by voting him out else he’ll pass away in power like Atta Mills” – Kevin Taylor

Rawlings’ Family Had Caution Me Not To Imitate Him Until He’s Buried – Clemento...

Rebecca Bantie - November 16, 2020 0
Ghanaian comedian, Clemento Suarez is one talented person who is very good at imitating people’s ways of talking and their mannerisms. Ever since he rose...

Parliament Is Full of MPs Who Went To ‘Village’ Senior High Schools – Kennedy...

Assemblies Of God Church Will Be Forced To Sack Workers If Akufo Addo Doesn’t...

The BBC Ghana Staff - May 6, 2020 0
Prophet Kwame Donkor, leader of the Grace Assemblies of God Church, Kwadaso in Suhum has warned that the church may be forced to lay...

I Will Make Nigel Gaisie Vomit His Nonsense Threats On Me – Kennedy Agyapong...

Rebecca Bantie - June 12, 2020 0
Hon Kennedy Agyapong last night had a shot of his life from Prophet Nigel Gaisie as the prophet was caught in a video lambasting...

Sarkodie, Samini and Stonebwoy are part of my next album – Shatta Wale

Sweet Maame Adwoa - June 17, 2020 0
Shatta Wale who has had a long rivalry with Samini, Stonebwoy and Sarkodie has disclosed that he is planning on putting them on his...