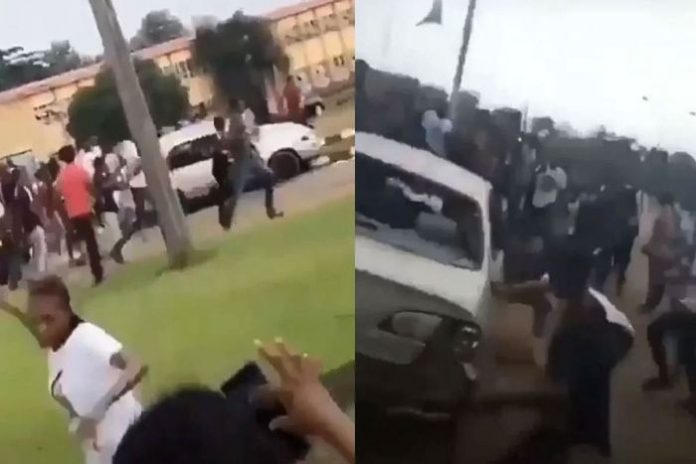 A level 400 student of the Tai-Solarin University of Education known as Daniel Johnson has reportedly stabbed his girlfriend, Bukky to death.

It is reported that Daniel Johnson committed the crime on Sunday, October 11, 2020, in their apartment in Abapawa, and he is nowhere to be found since the incident occurred.

Information gathered revealed that Bukky, who is a level 200 student had been in a toxic relationship with Daniel in which her father who is a lecturer in the same institution knows about.

Apart from Free SHS, Akufo Addo has nothing to show Ghanaians – Mahama

Myma Esi Appiah to Launch her Life Changing Book, “The Blindspot” on October 30

Ajumako to get University on its own – John Mahama

Amid Nurses Strike,Ministry of Education Sends A Good News To Both Private and Public School Teachers

McBrown, the only actress who called to check up on my father – Bernard...

Kofi Anokye, PhD - May 8, 2020 0
Celebrated actress, Nana Ama McBrown has been vindicated considering the divergent theories and stories that popped up after the demise of Bishop Bernard Nyarko. It...

I feel like killing myself: A 32-year-old Ghanaian with both male and female s.ekx...

Sweet Maame Adwoa - August 4, 2020 0
A 32-year-old Ghanaian man identified as Brown has opened up about complications surrounding his s.ekxual organs — he was born with two s.ekx organs;...

Kofi Anokye, PhD - June 11, 2020 0
Gospel musician, Joyce Blessing has lost all her social media handles after divorce from her husband, Dave Joy. Apparently, her husband who doubles up as...

Check Out The List of Mobile Money Fraudsters Who Deceive People On Television Stations...

Rebecca Bantie - July 1, 2020 0
It saddens me to at times tune my television set across over twenty (20) channels on my satellite television set only to be exposed...

Juju Men And False Prophets To Soon Read Meanings To The Ballot Numbers —...

Rebecca Bantie - October 21, 2020 0
President of Attah Mills Institute and former scribe of the NDC, Koko Anyidoho has revealed that, the balloting of the positions of the parties...