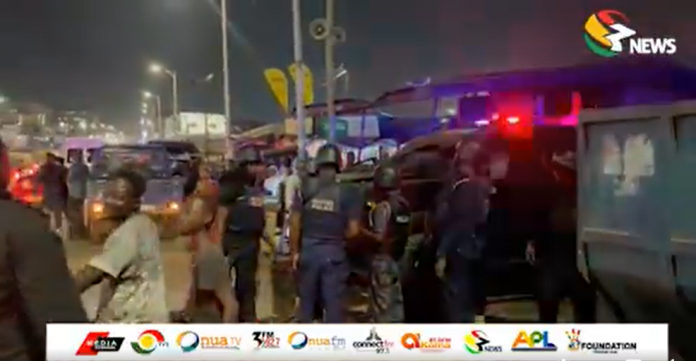 Yet, another unthinkable act orchestrated by teenagers has set many tongues wagging in a total dismay, TheBBCghana has observed.

Having thought you have seen it all, dawns another weird happening, thereby makes you think the world is ending soon.

The narrative above stems from the fact that some teenagers are reported to have murdered a man at Awutu Bereku in the Central Region close to Kasoa.

According to the report, an okada rider has been killed by two teenagers for money rituals. Adom FM reporter reveals more details about the incident. He explained the two teenagers have planned to celebrate the coming festival at Awutu Bereku in the grand style. They have prepared to come with luxurious cars that will prove yes, they are also in town.

He further explains that most of the youth in Awutu Bereku ride in luxurious cars without knowing the kind of work they do. So Mawunya and Daniel also told their colleagues they will also drive some of those cars at this year’s festival. According to their colleagues, they didn’t take it seriously until this case happened.

You can but you can’t hide, one of the boys has been arrested and currently, the police are trying to arrest the other one left.

Kofi Anokye, PhD - November 28, 2021 0
Mobile money operators in Sekondi-Takoradi have expressed worry over the introduction of the Government’s E-Levy Tax, saying it would only collapse their businesses as...

Kofi Anokye, PhD - March 18, 2022 0
Director of Strategy at IMANI Africa, Selorm Branttie has asserted that his outfit feels vindicated with regard to calls for the review or suspension...

Kofi Anokye, PhD - June 11, 2022 0
Some girls who seem to go to Sunyani Senior High School have gone viral by showing their silly sides on social media. In a video,...

2021 AFCON: Ghana to miss star midfielder Mohammed Kudus as he jets off to...

Rebecca Bantie - January 3, 2022 0
The Black Stars will be without star midfielder Mohammed Kudus for the 2021 Africa Cup of Nations tournament. The 21-year-old was named in Milovan Rajevac’s...