Home South Africa News Why did Farrah Abraham get arrested? 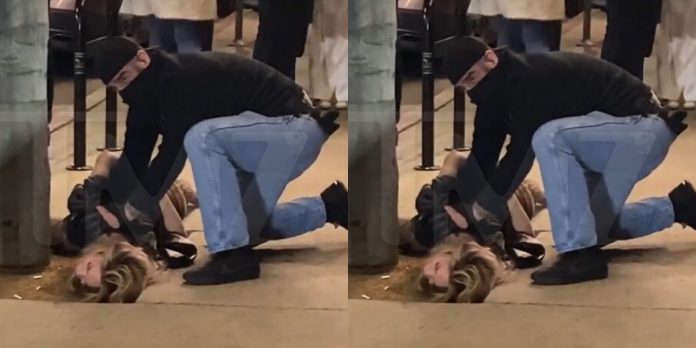 It is no longer news that 16 and Pregnant reality Tv star, Farrah Abraham was arrested. She was arrested after a misunderstanding that took place at Grand Master Records in Hollywood.

The issue happened on January 16, 2022, when she went to dine. Taking to Instagram she shared videos and photos of how the security man on duty manhandled her.

Farrah Abraham was reported after the incident and was arrested and sent to the Los Angeles Police department.

She was booked at the police station at 12:20 AM, it was a citizen arrest.

Shortly, afterward, she was released but Farrah Abraham will appear in court on May 19, 2022.

Why did Farrah Abraham get arrested?

According to the present facts, her arrest was because she allegedly slapped a bodyguard at the hotel.

Law enforcement sources say, Farrah allegedly slapped a security guard at Grandmaster Records in Hollywood, where she and a friend were partying. An eyewitness tells TMZ someone in the club allegedly assaulted them … someone described as a Farrah “hater.”

Farrah tells TMZ … “I’m tired of being maliciously battered, attacked, conspired against while having dinner at Grand Master Records, this was a private person’s arrest my lawyer is handling from here. It is terrifying and traumatizing that people attack me and I can not even enjoy dinner as I’m the only person out of 3 attacked and harassed when. I look forward to court as always, warning this place is a danger to public figures.”

Below are photos of her bruises:

Nasty C is better than AKA

Zodwa Wabantu is a predator

Cape Vidal elephant attack; video of how everything happened

Mall of Africa million rand heist; What is it all about?

Is Hushpuppi richer than Mompha?

what disease is Celine Dion suffering from?

Kofi Anokye, PhD - January 18, 2022 0
South Africa is one of the richest countries in Africa. In 2020 for instance, South Africa entered the level of being the wealthiest country...

Policeman In Accra Tests Positive For Coronavirus After Arresting Suspect

Rebecca Bantie - April 28, 2020 0
A police officer at Adenta in Accra has reportedly tested positive for COVID-19 after arresting and detaining a suspect who defied the lockdown directive. According...

SAD video: Lady cries as she curses her boyfriend Kwame for dumping her

Kofi Anokye, PhD - July 3, 2021 0
A beautiful young lady has been captured crying as though her life was about to end after her boyfriend allegedly dumped her. In a video...

Kofi Anokye, PhD - January 14, 2022 0
The Single Spine Salary Structure (SSSS) Pay Policy is expected to see a review in the coming months, according to the Fair Wages and...

Kotoko Board Member Dr. Kofi Amoa-Abban Promises The Players $6,600 Should They Qualify Tomorrow