Home South Africa News 18+ Video: Moment A Man Was Shot Multiple Times After He Was... 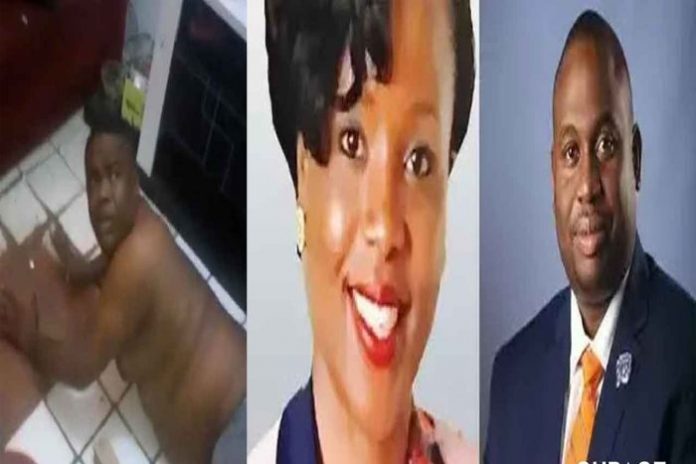 Ivan was the manager of Housing Finance Bank, a commercial bank in Uganda and apparently he has been screwing a married woman, Dorothy Nametubi Ssozi for years in a hotel.

The distraught man who had kept this knowledge from his wife sounded multiple warnings to Mr. Ivan Kituuka in a letter to stay away from his wife, but he turned deaf ears to him.

According to the letter posted online. Mr. Ssozi threatened to shoot Ivan Kituuka in the head if he ignores the threats and still bonks his lovely wife named Dorothy Nametubi Ssozi.

Cassper Nyovest Reveals Why He Won’t Buy A Car Now

South Africa releases 19,000 prisoners to curb the spread of Coronavirus

Video: No Ghanaian Girl Has Bounced Me Since I Became Famous – Kuami Eugene

Kofi Anokye, PhD - May 11, 2021 0
The Rockstar, Kuami Eugene has stated that no girl has bounced him since he got money. He was asked during an interview with Pulse Ghana...

Rebecca Bantie - October 15, 2020 0
Former AIDS Ambassador of the erstwhile John Mahama administration, Joyce Dzidzor Mensah has revealed why the NDC will stay forever in opposition. According to her,...

Kofi Anokye, PhD - September 1, 2021 0
A viral footage intercepted by The BBC Ghana arguably depicts the best definition for the cliché #WorkingUnderPressure. As per the content of the footage, it...

Rebecca Bantie - July 2, 2020 0
Chinua Achebe was true and never misconstrue when he shared all the narratives in his book titled ‘Things Fall Apart’. Christianity today has fallen apart...

The BBC Ghana Staff - March 17, 2021 0
A 17-year-old Junior High School pupil, Emmanuel Gyan is in police custody for allegedly killing his own mother over his missing mobile phone memory...