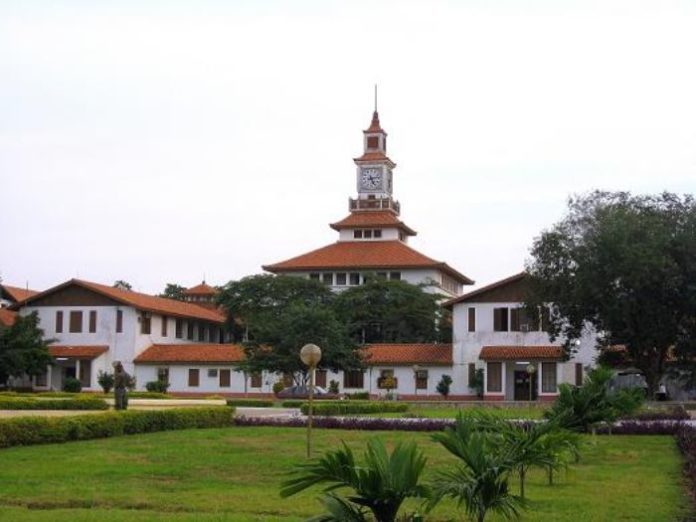 The University of Ghana has once again been ranked as the country’s best tertiary institution in the January 2021 edition of the Webometrics Ranking of World Universities.

This year, 68 institutions were featured in the ranking.

Indicators used for the ranking were Presence, Impact, Openness, and Excellence.

Kwame Nkrumah University of Science and Technology maintained its place as the second-best in the country.

The University of Cape Coast and University for Development Studies, who were ranked third and fourth in the January 2020 edition dropped in this year’s ranking.

They are now ranked 6th and 8th respectively.

Regent University College of Science & Technology, who were ranked 8th in the January 2020 edition are now third.

Ho Technical University has been ranked fourth in the January 2021 edition.

According to Webometrics, below are the top 10 tertiary institutions in the country;

END Time VIDEO: Two JHS Girls Fight Over A Guy Because Of iPhone 11

Check Out The List of Stubborn Senior High Schools in Ghana

NPP Will Get Additional 500k Votes Because of Free SHS – Survey

The name ‘Bosom’ is not hunting me – Bosom Pyung

‘I’m NDC but I’ll vote for Akufo Addo over his Dev’t projects’ – Akropong...

Kofi Anokye, PhD - May 4, 2020 0
The chief of Akropong in the Ellembelle District of the Western Region has claimed that the massive developmental projects being executed by the Akufo-Addo...

M. Oti Adjei - September 6, 2020 0
Reports currently gathered from the world of football indicates that the Africa Cup of Nations popularly known as “AFCON”, has got the main trophy...

Rebecca Bantie - May 29, 2020 0
Popular media personality, Delay, after predicting right about Addi Self might be thinking of going into the pastoral ministry. Yesterday after Shatta Wale broke the...